News and Events
The Entrepreneur with a Big Heart, Mr. L.T. Lam
Winner of Industrialist of the Year shares his core values in life 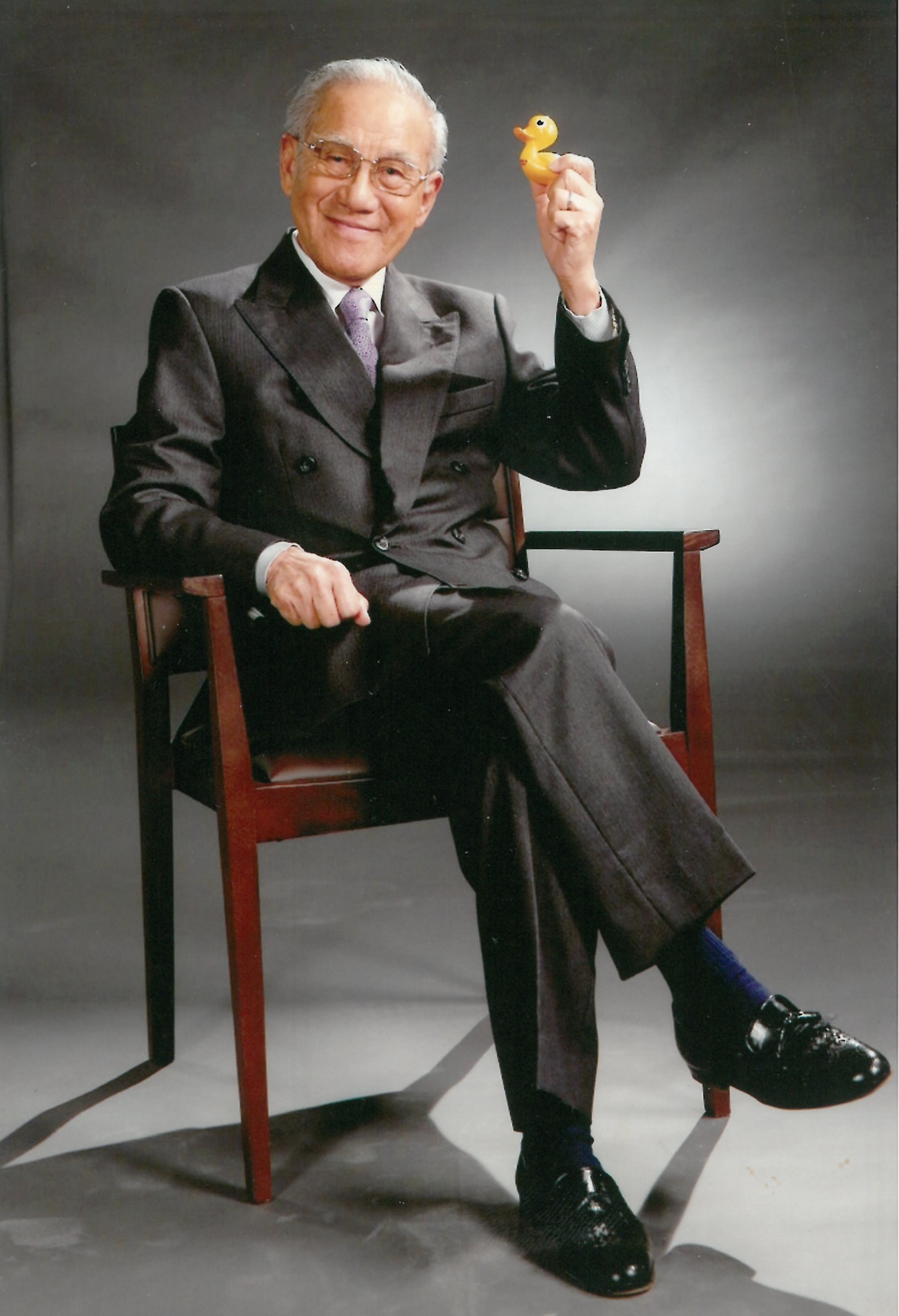 In 2015 at the age of 91, Mr. Lam Leung-tim (commonly known as L.T. Lam among the first generation of industrialists in Hong Kong) received the Industrialist of the Year Award for his contribution to the local toy industry.  He was honored with this award not only because he is a pioneer in the history of Hong Kong’s toy industry, but also because of his courage and vigor to start a new company at the age of 90.  His new venture, Funderful Creations Limited, was founded with a mission to revitalise his own creation, the iconic rubber duck.  The yellow duck that he invented in 1948 was Hong Kong’s first plastic toy coming before Peter Ganine’s floating duck, which was patented in the United States a year later.

At his age, one might question whether he is that hands-on in this new venture.  During the short interview, there were two observations. First, Mr. Lam was still very much young at heart, going around the room showing his priceless antique toy collection with hyper energy. Second, his phone kept ringing with most calls related to his new adventure.  He even travelled in the early morning after returning from the Mainland, officiating a ceremony at which he sponsored a primary school.  It was not hard to see that he has a big heart overflowing with energy. 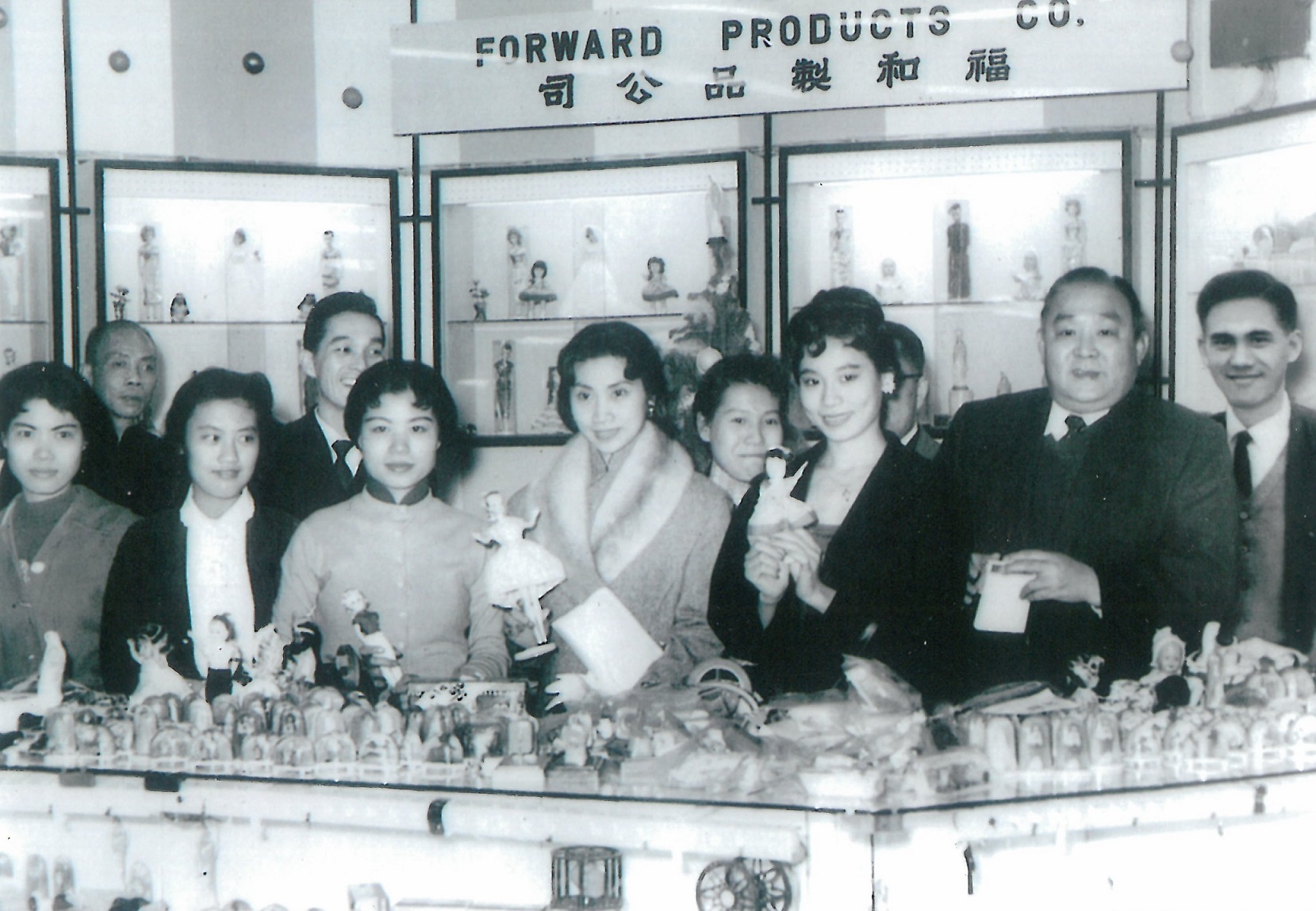 Born in war-ridden times, Mr. Lam’s childhood was almost ruined by the Japanese occupation, when his late father was killed during a bomb attack by the Japanese.  When he asked his mother why a small country like Japan had the ability to invade China, he was told that the funds to buy bullets came from the selling of toys.   Baffled, the seven-year-old Lam was determined to manufacture toys in his home land out of a surge of patriotism.

While Mr Lam lives his childhood dream today, patriotism was the key driver for his unwavering passion in the toy industry.  Many of the peers in his generation eventually moved on to other business fields like property development, but he stayed loyal to the toy industry.  His passion and focus are no doubt ingredients to his success.

Catching the winds
One might have heard of a famous quote by Xiaomi’s CEO Lei Jun -“If you ride on the strong wind, even pigs can fly” (站在風口上，連豬都會飛).  While everyone is busy hunting for their “wind” of the 21st century, Mr. Lam did so 70 years ago.

Upon his graduation, Mr. Lam turned down a well-paid job as a HSBC teller to be a newspaper salesman in Central, for the reason of “meeting new people every day”. He chose to work at a humble newspaper kiosk located at the heart of the central business district. With the daily habit of reading trade magazines, the entrepreneur found his direction - the then revolutionary plastic technology.  In those days, toys were mostly made of cellulose, metal, clothes or wood.  He was inspired by the idea of using plastics in toys.

Once he had made up his mind, he relentlessly acquired trade information about the toy manufacturing industry. He joined an industrial materials trading company, and promptly advised his boss to specialize in the trading of plastic materials, which were only used in the manufacture of home appliances at that time.

Years later, he started his own company, Forward Products, which was merged with his former boss’ Winsome Plastics Works, to become Winsome Forward Industries Ltd.  The rest is history. 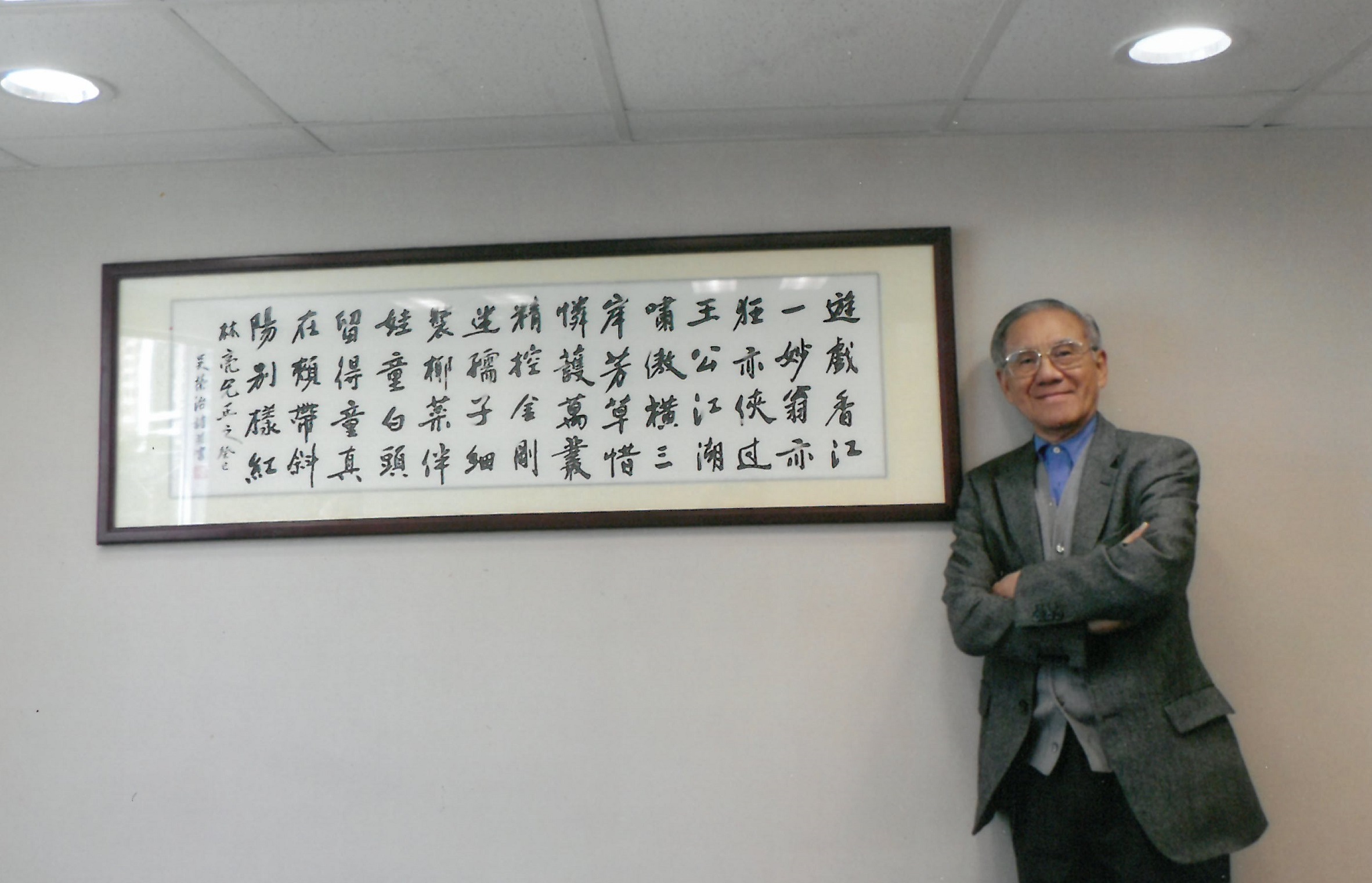 “I treat all of my employees like a family, and they are very loyal.  In fact, some of my old pals are still working with the company.”  It is this group of employees that not only raise productivity, but also bring a life-long friendship, and sometimes, unconditional help.  In his most difficult times, his industrial peers even lent him start-up funds without collateral.  “My willingness to help others often comes around and pulls me out of many difficult situations.  But sometimes my bluntness and code of ethics backfire,” Mr. Lam divulged.  “I always say no to unnecessary entertainment, under-table dealings and kick-backs.  I may have turned down a lot of business because of that and earned far less than I should have, but those who liked my style, stayed around until today.  My sincerity and integrity was my biggest asset, be it with my customers, my suppliers and my staff alike.”

With that coming from a man who has attained so much in his life so far, it is surely a solid motivation for our students to respect business ethics.