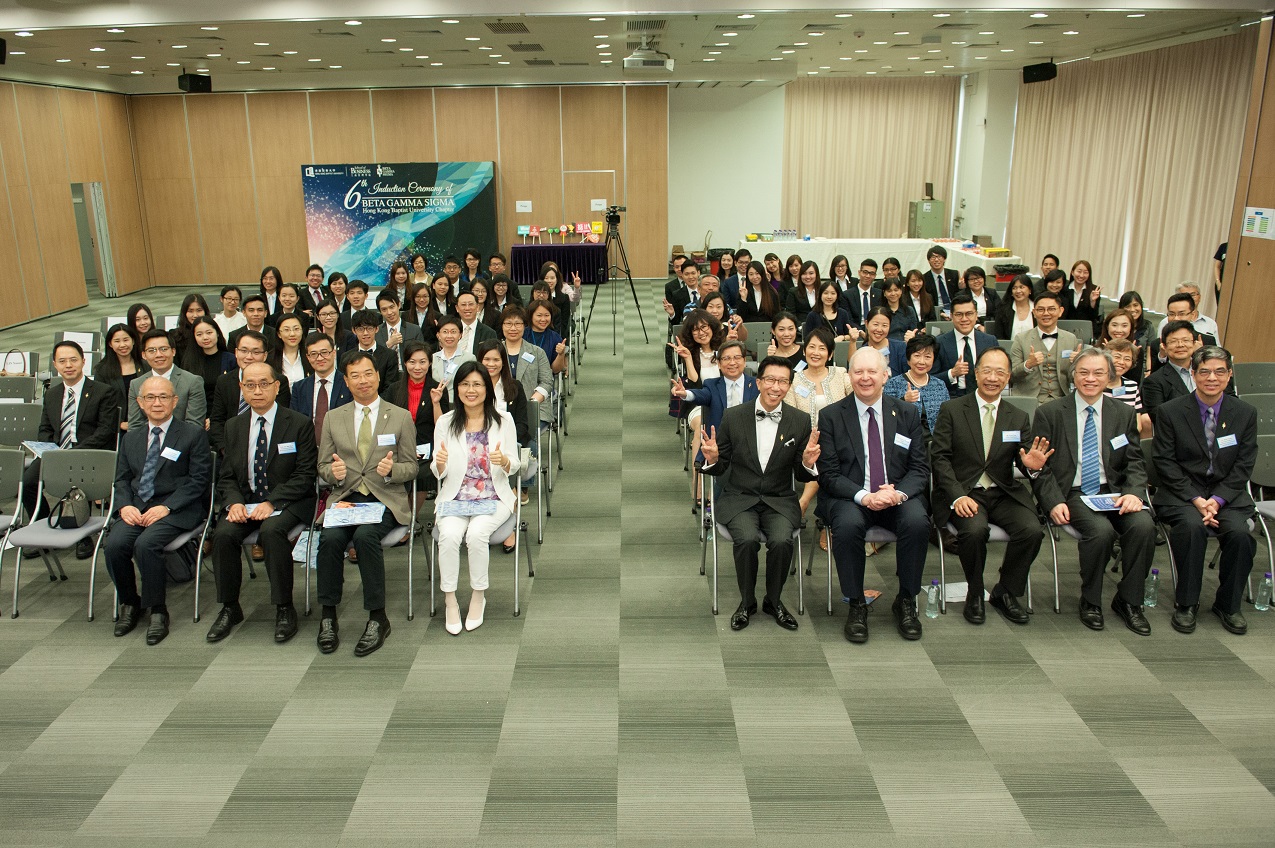 The Hong Kong Baptist University (HKBU) Chapter of Beta Gamma Sigma Society (BGS) inducted 68 new members at its 6th Induction Ceremony on 18 May.  At the ceremony, the School of Business conferred upon Dr. Chan Yue Kwong, Michael, Director and Former Chairman of Café de Coral Holdings Limited, the Beta Gamma Sigma Honoree Award in honour of his significant
accomplishments in both business and the community.

Professor Ed Snape, Dean of School of Business, mentioned in his welcome remarks that the School has been recently reaccredited by the European Quality Improvement System (EQUIS) and Association to Advance Collegiate Schools of Business (AACSB), winning particular accolades for its commitment to excellence in whole person education.  He reiterated that the BGS Chapter at HKBU was established to recognise the outstanding academic achievement of students, and he encouraged new members to benefit from the vast global network of BGS. 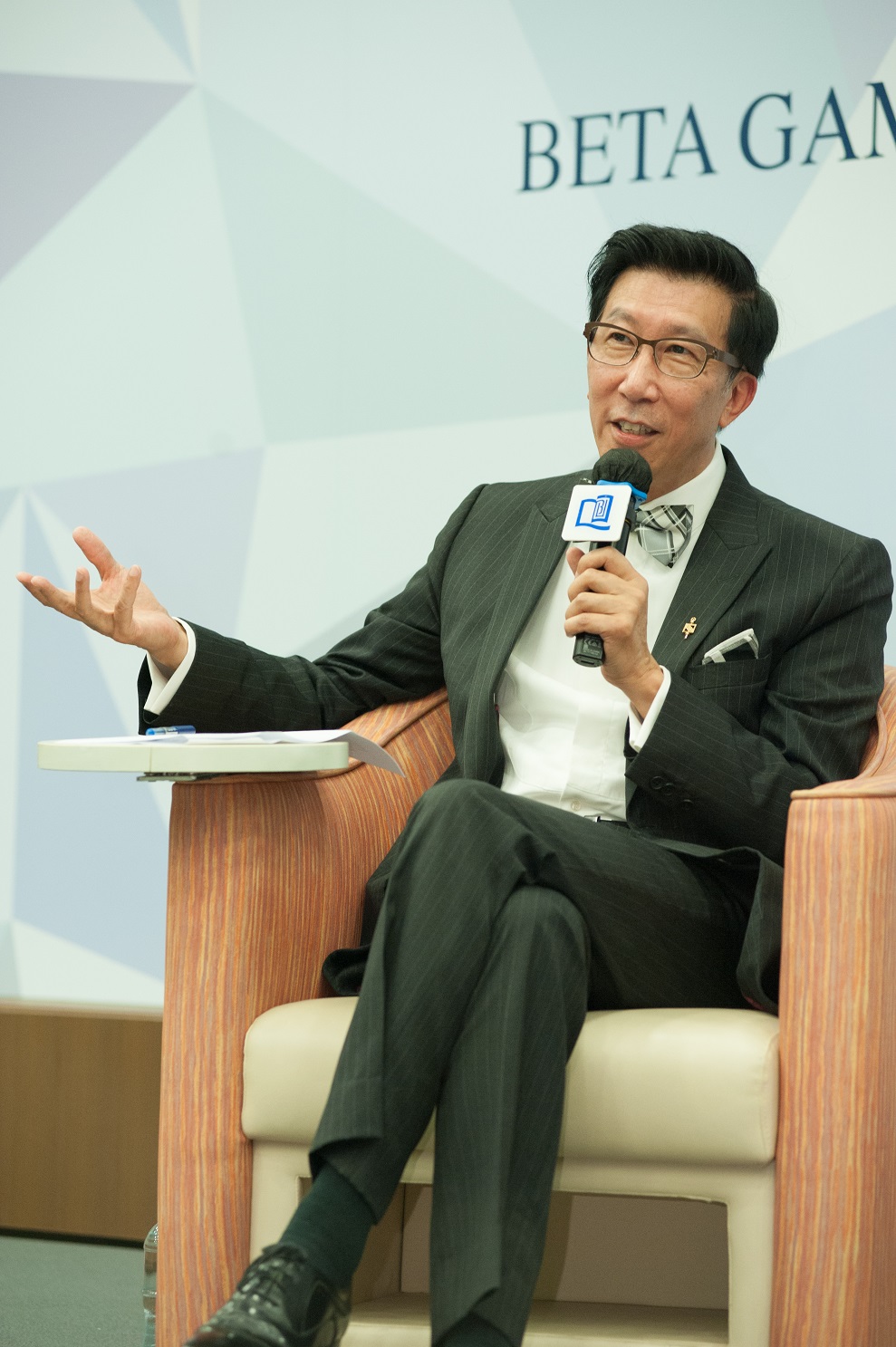 Dr. Michael Chan, the recipient of the Chapter Honoree award this year, spearheaded Café de Coral Holdings Limited for more than 30 years before his retirement.  During his leadership, Café de Coral expanded from 40 branches to over 500 worldwide.  His excellence in management has been widely recognised, and he has received awards including the coveted Stars of Asia Award and the prestigious Bauhinia Cup Outstanding Entrepreneur Award.  Dr. Chan is also active in the community. He is currently a member of the advisory committee of HKBU School of Business, Honorary Chairman of the Hong Kong Institutes of Marketing and Legacy Academy, and the Chairman of the Business Enterprise Management Centre of the Hong Kong Management Association.

Advancing his career from city planner to chairman of a group of companies, Dr. Chan shared the secrets of his success.  “In the business world, the underlying commitment to change is the driving force in the constant search for excellence,” he said.

“There are 3Cs in life: choices, chances, and change. One must make a choice, to take a chance, to change things for the life,” said Dr. Chan.  He also mentioned that the coming of the 4th industrial revolution and the age of the millennials will fundamentally alter the way people live.  It is time to seize the opportunity and to adjust our education systems and business models to meet the changes of our times.

Giving advice to graduates, he emphasized the importance of having a “can-do attitude”. Despite of the coming economic downturn, he believes that it is still a good time to start a business, if one has the courage and the perseverance.

Beta Gamma Sigma Society, founded in the US in 1913, is an international honour society accredited by the AACSB International.  Only AACSB accredited institutions are eligible to establish collegiate chapters.  BGS now has inducted over 750,000 members in more than 160 countries and territories.

Having received AACSB accreditation in 2010, the School of Business established its HKBU Chapter, aiming at recognising students and faculty for their excellent performance, and encouraging its members to uphold the core values of ‘Beta’ (honour), ‘Gamma’ (wisdom) and ‘Sigma’ (earnestness).