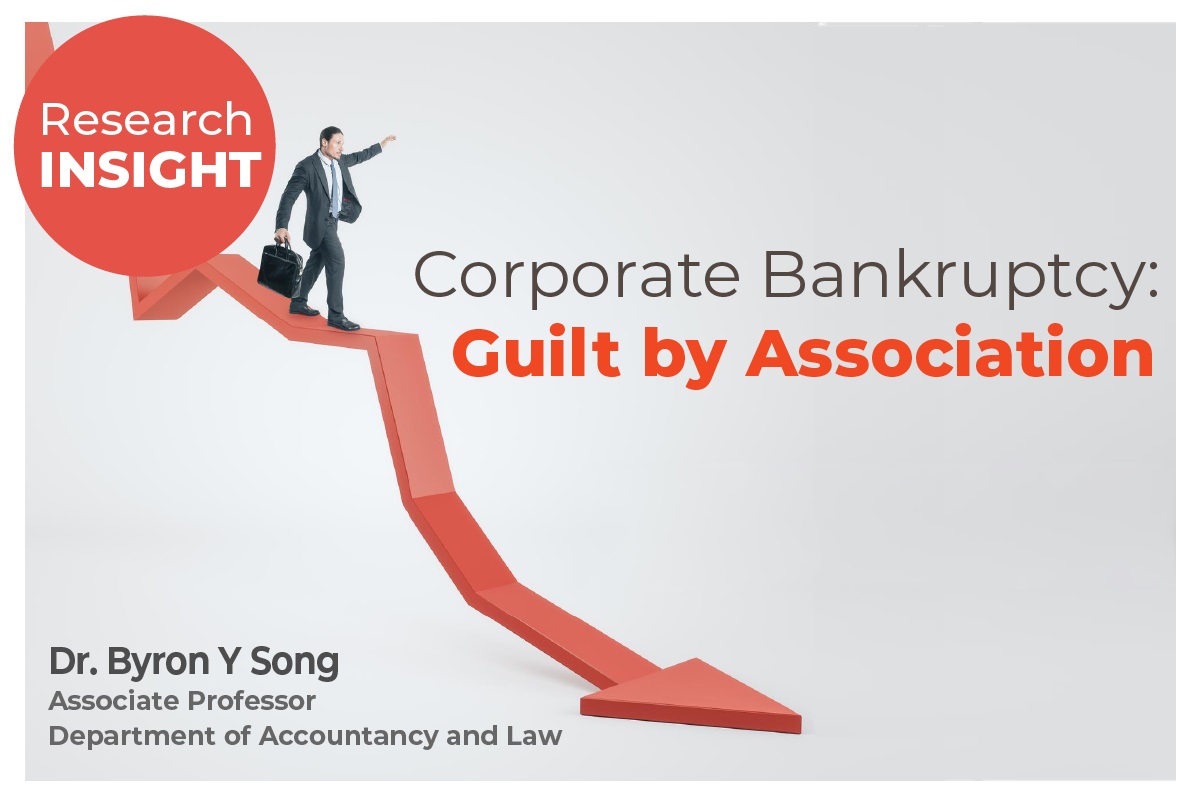 Benjamin Franklin once said, “It takes many good deeds to build a good reputation, and only one bad one to lose it.” Whether going bankrupt is a bad deed or not, the fact is that the ripple effects of bankruptcy extend beyond the financial distress of the bankrupt. After noting how corporate bankruptcies can impact the borrowing costs of other unrelated firms in the same geographic location or industry, a new paper1 explores whether the side effects of bankruptcy also extend to firms that have a director who sits on the board of a recently bankrupted company, i.e., “interlocked borrowers”.

Boards of directors play a central role in corporate governance and influence how firms interact with outside parties such as banks. Thus, their actions are viewed as containing important information about a firm’s management. Meanwhile, it’s not uncommon for directors to sit on multiple corporate boards as firms often compete to attract prominent individuals to join their boards. But if a director can attract positive attention when things go well, what happens to interlocked borrowers sharing at least one director associated with the bankruptcy of another firm?

Using data on 19,461 loans made to all U.S. public firms with book assets above $100 million that filed for bankruptcy between 1999–2017, the research team assesses whether the association with the bankrupt firm leads to interlocked borrowers being charged more for loans.

The findings are clear as interlocked borrowers are charged interest rates that are 10.1% higher in the aftermath of a peer firm filing for bankruptcy. Instead of attributing these harsher terms to concerns about directors being too distracted by the bankrupt firm to devote proper attention to the interlocked borrower, the study demonstrates that it is the damage to the director’s reputation that triggers higher borrowings costs for an otherwise blameless interlocked borrower.

Since not all directors are considered equal by the financial sector – after all, few people would blame Oprah Winfrey should Weight Watchers were to face financial troubles – this negative effect is especially pronounced when directors “tainted” by bankruptcy have substantial influence over the corporate policies (such as CEOs and Board Chairman) of either the bankrupt firm or the interlocked borrower. Findings also suggest that a strong board and the departure of tainted directors can help interlocked borrowers mitigate the spillover effect of a bankruptcy.

Unfair as it may be, it seems that guilt by association is a fact when it comes to borrowing from the capital markets. Perhaps that’s why the board of directors works so hard to maintain an image of stodgy competence!